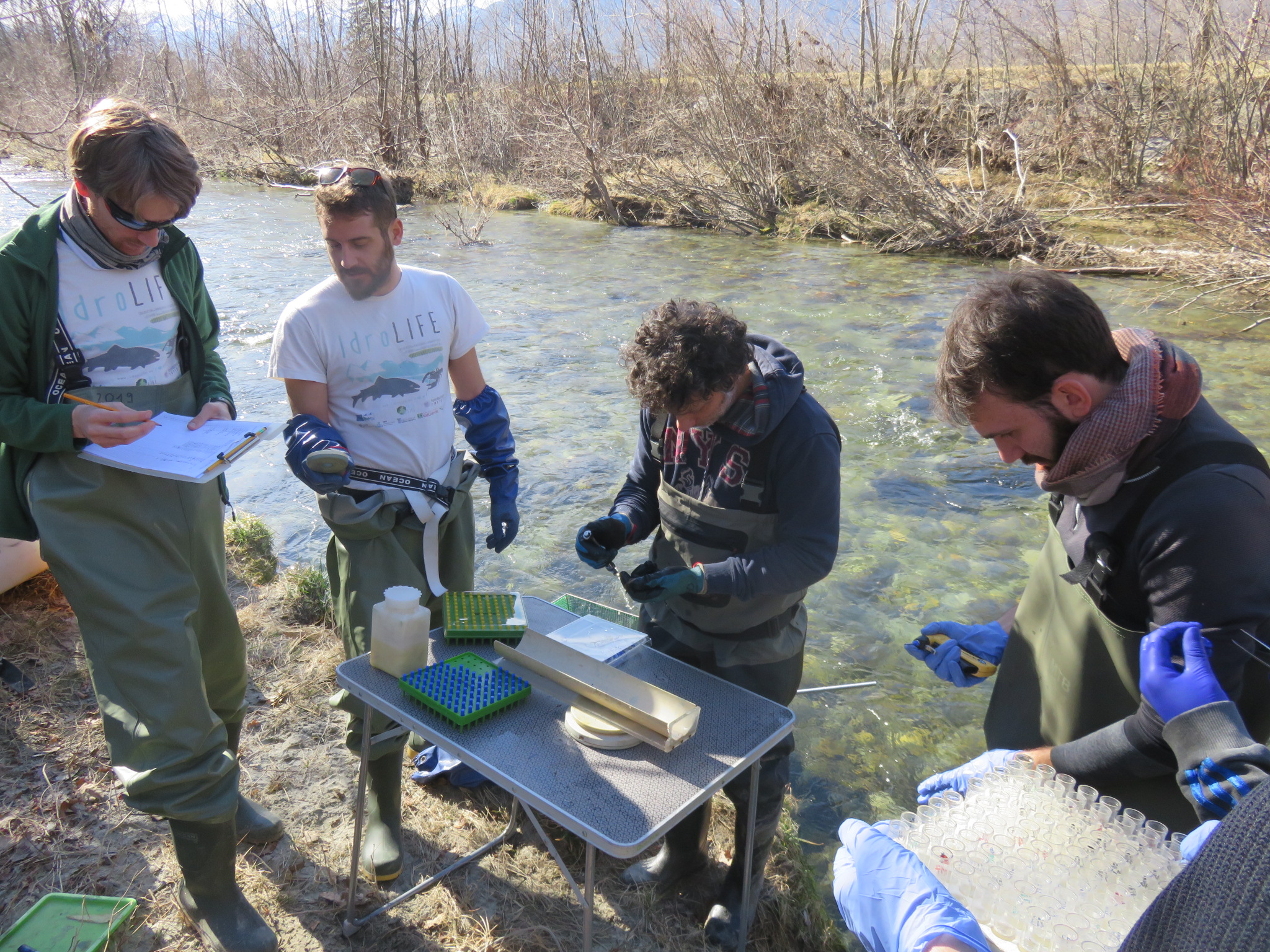 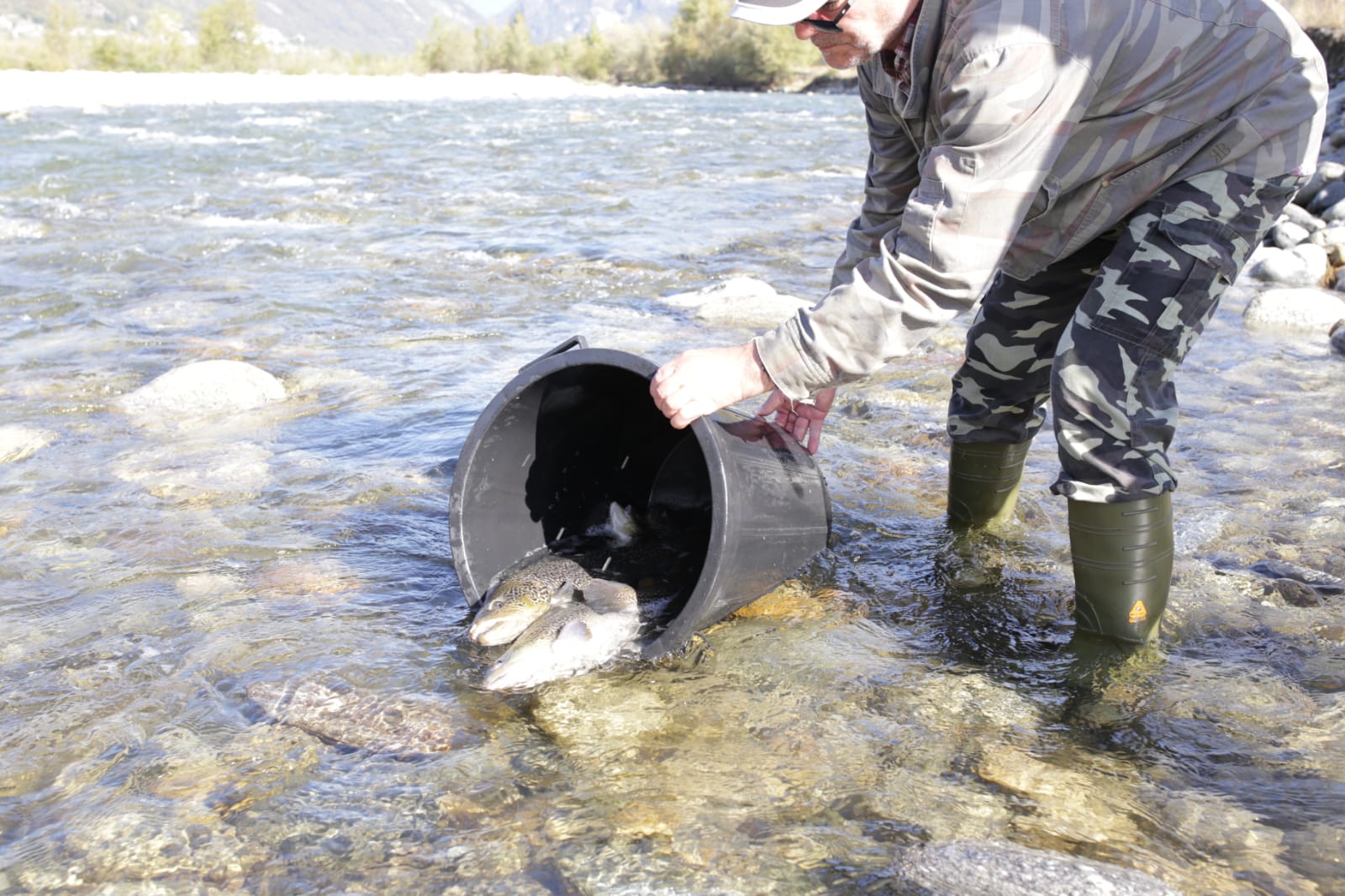 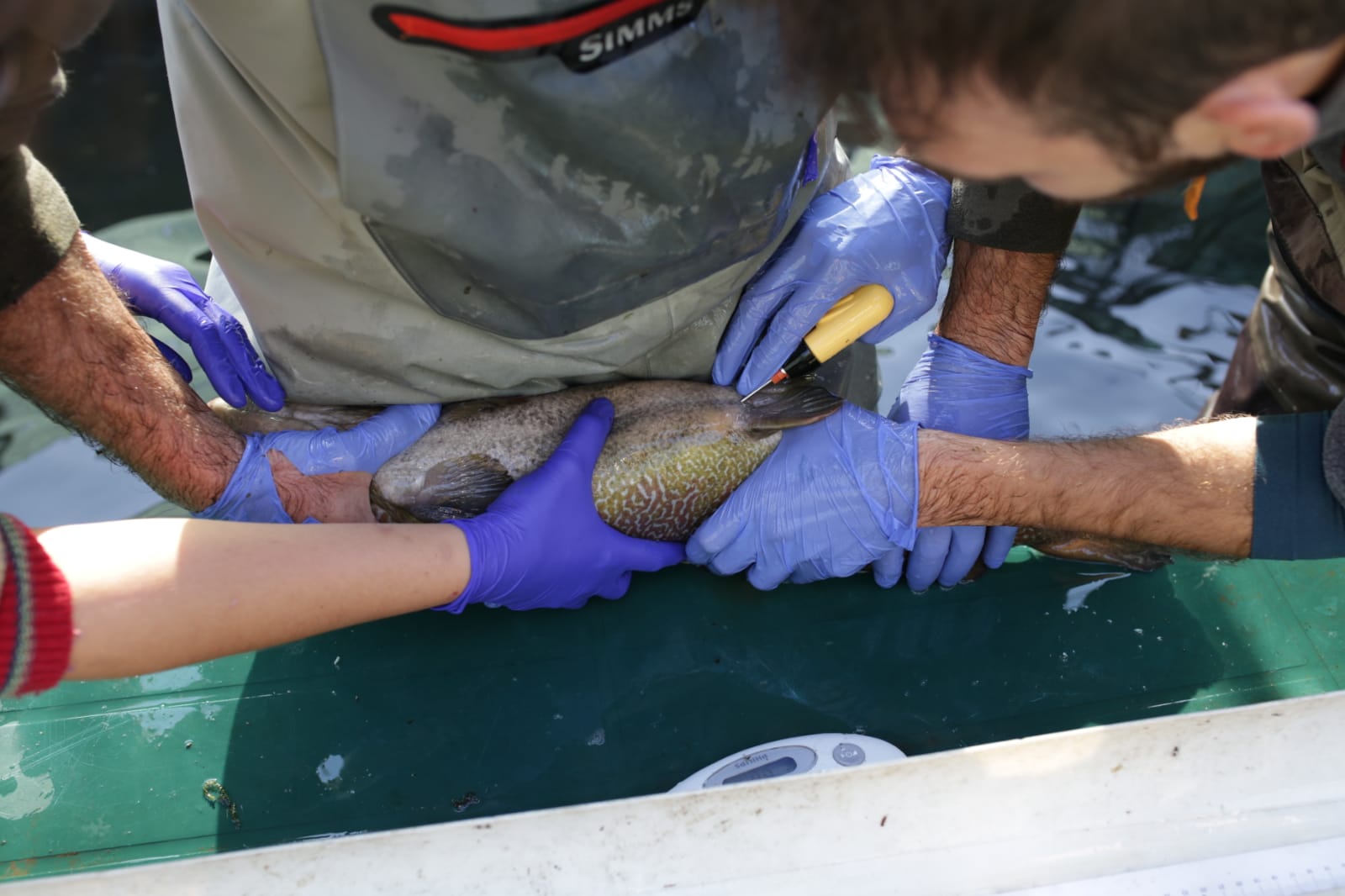 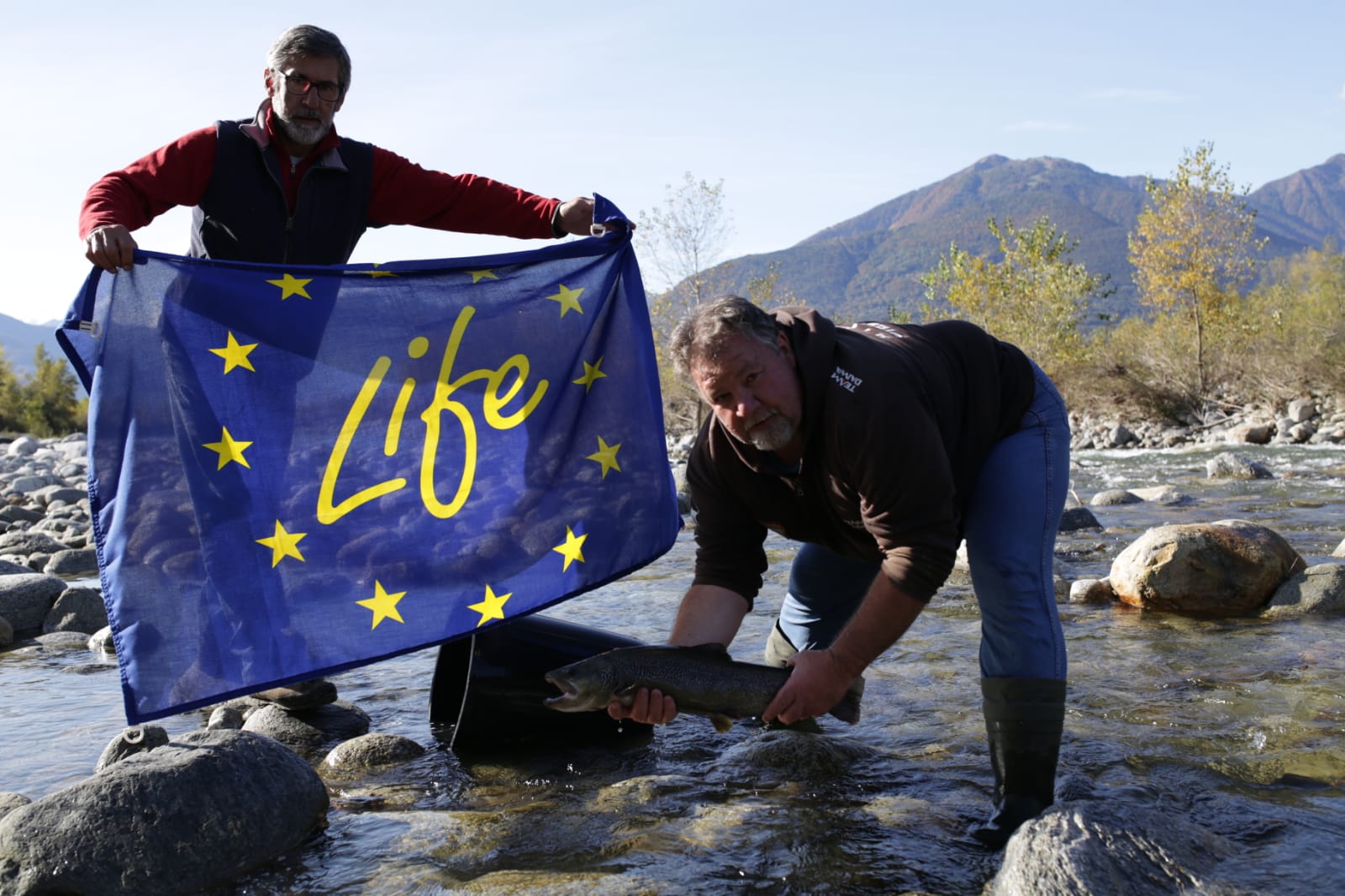 The effectiveness of the fish passes planned with Action A3 and built with Action C4 along the corridors of Toce and San Bernardino rivers will be monitored using 3 different techniques, as described in the following:

It is planned to install two recording monitoring systems, slightly different from each other, at the two planned pool passes, strategically located in the top (Lake Tana) and in the bottom (Prata) of the target stretch of River Toce. Cause the existing fish pass at the Prata weir will be largely preserved, a submerged camera will be installed to the existing structure, if possible in the most upstream part, in order to ensure that the fish passing the monitoring station have climbed the entire fishway. The videos will be saved on PCs or data logger present in loco. The area, in fact, is supplied with electric energy and, since is a private industrial area, does not present risks of tampering, vandalism or theft. Since the fish pass of Tana Lake dam has to be constructed ex novo, the project includes a monitoring cabin, as described with A.3 and C.4, with a H24 recording system composed by a video camera connected to a PC on which a specific software is installed; this software processes all the images captured by the camera, detecting and storing only the frames containing objects in movement, making then videos of different length.

The videos recorded by the two cameras will be periodically download from the hard disk and examined by qualified technicians, that will record on a database all the fish transits, reporting data, hour, species, life stage (young, sub-adult, adult), number and direction.

Additionally, to the counting described above, it is planned to apply PIT tags to track and recognize individuals of at least one target species over time and space. The PIT tags will be applied to approximately 1000 adult or sub-adult subjects (bigger than 20-25 cm), present in the wild state or bred for repopulation purposes in the River Toce. It is hypothesized, as privileged species to be marked, the marble trout, due to its considerable dimensions, its long life-cycle and therefore the ease to apply and maintain the PIT Tag. Therefore, the individuals to be tagged will be captured, by electro-fishing, allowing to obtain information about the differences in migratory, within:

The marking data and place will be reported in the fish catalogue sheets, as well as the PIT Tag number. In the two fish pool passes that will be provided with cameras fixed, PIT Tag detectors will be additionally installed. These detectors are a sort of antenna that logs all the passages of the tagged fish. Periodically the data logged will be download and reported in the fish catalogue sheets. Regarding the San Bernardino creek, the monitoring will be implemented through electro-fishing, down and upstream of the fragmentation point. The results will be than compared with the those obtained throughout the operations of fish community characterization (A.2).